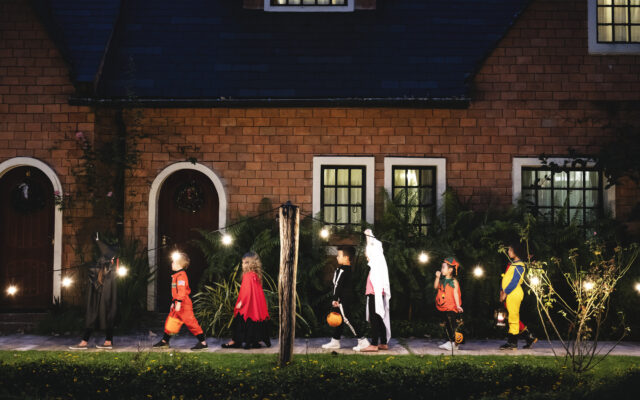 1.  The founder of the shapewear brand Spanx just sold her majority stake in the company to a big investment firm.  And she celebrated by sharing the love with her 500 employees.  There’s a video of her announcing that she’s giving each of them two first-class plane tickets to ANYWHERE in the world . . . plus $10,000 in spending cash.

2.  A 69-year-old Uber driver in Maryland recently took a break in between fares . . . bought a lottery ticket . . . and won a hundred thousand bucks.

3.  A teenager in North Carolina who beat cancer organizes a haunted house each year to raise money for Make-A-Wish, and a place in Florida called the Give Kids the World Village.  His name is Edward Thompson, and it’s the fifth year he’s done it.

4.  Obviously Christmas is still a ways off, but an old video is making the rounds on Twitter.  And it’s so great, we had to share:  A little girl went to see a shopping mall Santa, and the only thing she wanted was for her dad to come home.  He was deployed overseas, and she hadn’t seen him in a while.

Then while she was talking to Santa, her dad snuck up behind her.  So she turned around . . . realized her wish came true . . . gave him a big hug . . . and even Santa started crying.  (Here’s the video.)