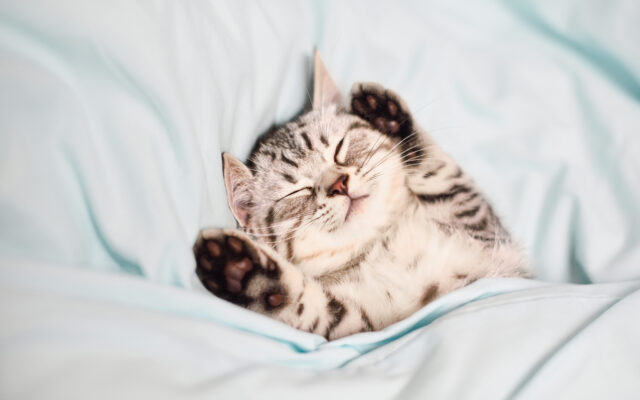 1.  Three people in Cleveland spent several hours rescuing a kitten that was stuck eight feet down a drainage pipe . . . then gave it CPR and saved its life.

2.  Police in Wisconsin arrested a guy who was in the middle of delivering ice cream.  So they delivered it for him, and got it there before it melted.

3.  Here’s another sign things are getting back to normal:  The White House Easter Egg Roll is back on after a two-year hiatus.  It’s set for next Monday, April 18th.

4.  A guy from Egypt just broke two world records for the longest underwater swim using a single breath . . . over 250 feet using flippers, and over 185 feet without flippers.  But here’s the amazing part:  He did it with one leg.  He lost his left leg in a motorcycle accident six years ago.

5.  What a life this woman lived:  Mimi Reinhardt just passed away on Friday at the age of 107.  She was Oskar Schindler’s secretary and the one who actually typed out what became known as “Schindler’s List.”  Together, they helped save hundreds of Jewish people in World War Two by designating them as essential workers.