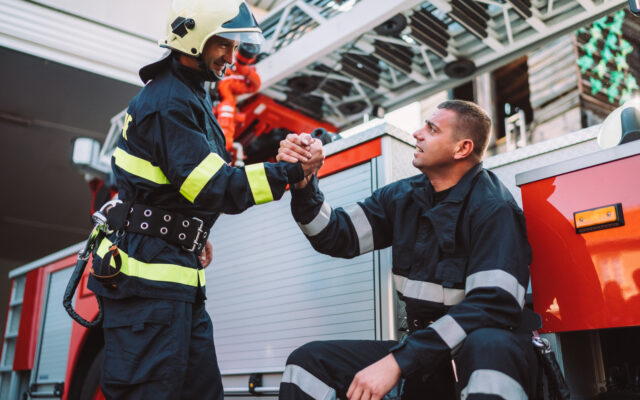 1.  A woman named Karissa Shaffer decided to celebrate her 70th birthday at Disney World.  So her entire family surprised her WHILE she was there.

She was posing for a picture with three grandkids when the rest of her family . . . about 15 people . . . snuck up from behind and posed WITH them.  There’s video of it, and she doesn’t realize at first.  But once she does, she starts screaming . . . then crying.

2.  A group of firefighters in Illinois delivered a baby during a BLIZZARD in the middle of a Jimmy John’s parking lot last week.  The woman and her husband were heading to the hospital but didn’t make it.  Their new daughter is doing great, and so is Mom.

3.  A crossing guard in Maryland named Annette Goodyear pushed a kid out of the way of an oncoming car on Friday, and may have saved their life.  Annette got hit, and there’s footage of it.  But luckily, she’s okay.  It’s not clear if the driver is facing charges.

4.  An old farmer in Canada saved a bunch of people who got caught out in a blizzard last week.  A woman got lost and the only thing she could see from her car was a sign for a local farm.  So she posted a photo of it on a community Facebook page.

Someone on there recognized the sign and called the farmer’s son.  So the son called his dad, who’s 80 years old.  And the dad walked down to her car and led her back to his house.  Then he found out two MORE cars got stranded.  So he did it again, and ended up letting seven people sleep over.  He and his wife also fed them dinner.