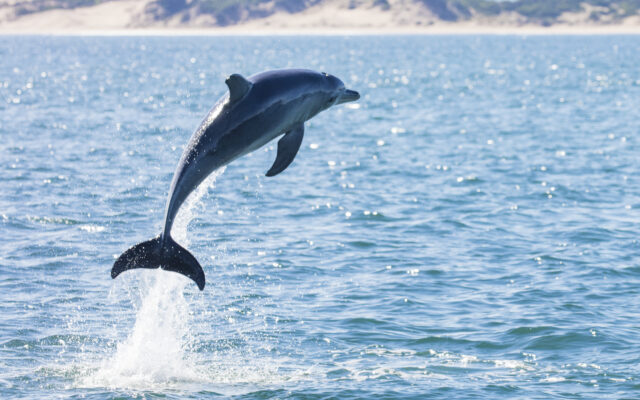 1.  A kid fell from the second floor of a building in China last week.  And a random guy out shopping ran in to save the day.  It wasn’t a clean catch, but he broke the kid’s fall, so neither were seriously hurt.  The guy did suffer some injuries to his hand, but the kid’s okay.  (Here’s the video. WARNING!  This may be disturbing for some viewers, but the kid is OK thanks to this random guy)

2.  16 dolphins got stranded on a beach in Nova Scotia, Canada last Friday.  But people in the area heard about it on social media . . . rushed in with shovels, tarps, and sleds . . . and saved all 16 of them.  One report said over a hundred people showed up.  Even high school students and kids were there helping out.

3.  In other animal news:  America’s largest no-kill shelter just opened in Alabama.  It’s built on a 100-acre property where greyhounds used to be trained to race.  The owners say they’ll be able to save about 5,000 dogs every year.

4.  Two identical twin brothers from England ran seven marathons in seven days for a good cause.  One survived a fire last year and had PTSD.  So they did it to raise awareness about mental health.  They flew to New York and ran the first six on their own.  Then they finished with the New York Marathon this past Sunday.