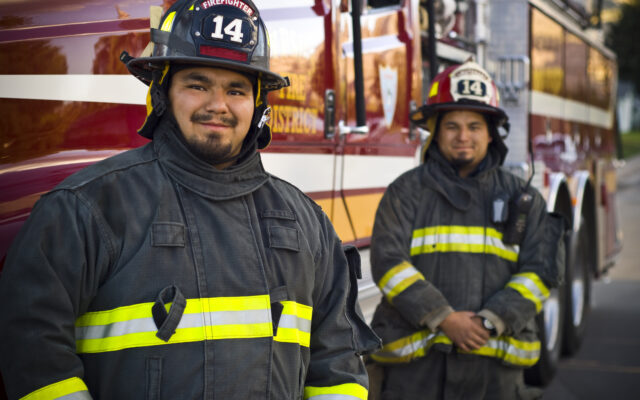 1.  We’ve seen lots of cats stuck in trees, but this is rare:  Firefighters in Idaho rescued a dog in a tree last week.  His name is Izzy, and he climbed up while chasing a squirrel.  His owner says he never came close to catching it, but he tried his best.  (Here’s a photo.)

3.  Speaking of Minnesota:  A bunch of fifth graders in Minneapolis started a fundraiser to make their playground inclusive, so kids with disabilities can use it too.  They needed to raise $300,000, which is a lot of money.  But they’ve already hit that goal after anonymous donors donated 200k.  Now they’re trying to raise even more to upgrade other playgrounds at nearby schools.

4.  A video of a guy in Australia is going viral, because he stopped traffic on a busy road . . . just to help a koala cross the street.

5.   Remember the guy who broke into a school near Buffalo last month to shelter 24 people from a blizzard?  The Buffalo Bills just thanked him for it by giving him two tickets to the Super Bowl in Arizona next month.  Former Bills running back Thurman Thomas showed up with the tickets to surprise him.  (Here’s a video.)