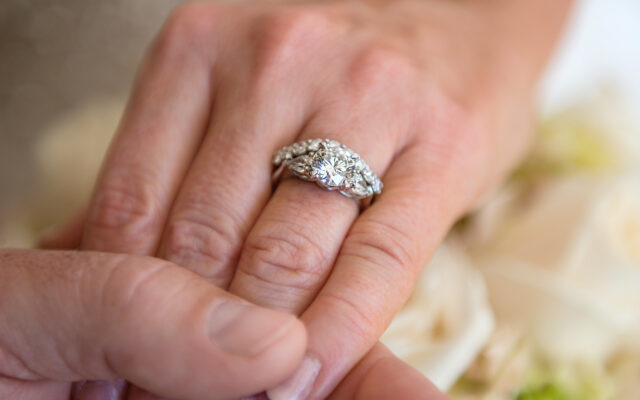 1.  A woman in Florida just got her engagement ring back 20 years after she flushed it down a toilet.  It happened at the guy’s parents’ house right after they got engaged.  She took it off to wash her hands and knocked it in the bowl.

She actually cleaned out their septic tank looking for it back then, and never found it.  But a plumber did last month while replacing their toilet.  So the guy’s parents cleaned it up and gave it to her as a surprise Christmas gift.

2.  A woman in West Virginia named Sharon Day just got her wallet back 54 years after she lost it at a high school dance.  A contractor found it while renovating the building.  He tracked her down on Facebook a week later.

3.  Firefighters in Indiana saved a goose that got frozen to the ground on the shores of Lake Michigan last week.  They took it to a wildlife rehab place for treatment, and it should be okay.

4.  The owner of a pizza place in Scotland is starting the year by doing something nice for people.  He knows money’s tight, so he’s giving out free pizza for the entire month of January.  He expects it to cost him about $14,000.