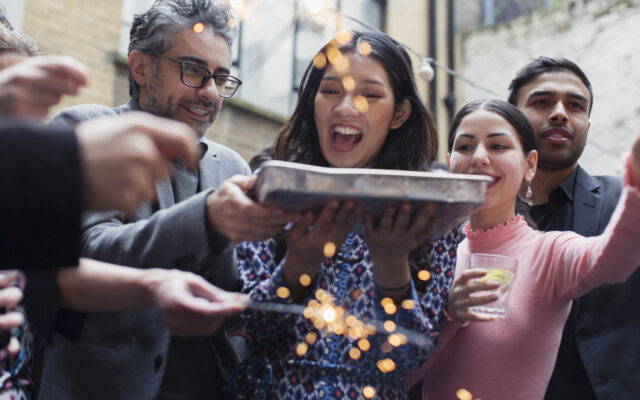 1.  A week ago, a proud dad posted a TikTok of his young son FREAKING OUT after opening a birthday present, when he realizes it’s a Singer sewing machine.  It’s clearly exactly what he wanted.

It went viral, and the dad posted an emotional follow-up, saying they love the comments they’ve been getting . . . but he says his wife deserves all the credit for being the always-supportive parent, from Day One.  (And here’s the boy’s sewing station . . . all set-up . . . and his first project.)

2.  A U.S. Army veteran named Jason Wilson has been going viral for his company “Meat Therapy BBQ” . . . which is an effort to share “healing in the form of barbeque.”

He says he struggled to acclimate once he got back to civilian life, but barbecue and serving others were two things that helped him . . . and so he combined those things to create a platform to help other veterans.  (Here’s an interview.)

3.  A new study has found that smartphones can actually BOOST our memory skills by acting as a sort of “external memory,” which frees up our brains for other things.  So maybe there’s a good side to not memorizing phone numbers.