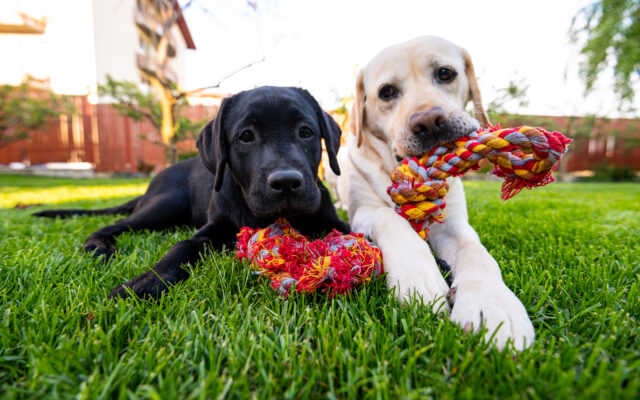 1.  A 100-year-old runner named Lester Wright broke a world record in Philadelphia on Saturday, by doing the 100-meter dash in 26.34 seconds.  The previous record of 26.99 seconds had stood for seven years.

2.  The U.S. Army just replaced a birthday cake that hungry soldiers stole from a 13-year-old Italian girl during World War Two.  She turned 90 last Friday, so some soldiers showed up with a new cake for her.

3.  An Australian woman was about to toss a lottery ticket, because she thought it was a dud.  But her husband asked if he could double-check it . . . and realized they’d actually won a HUNDRED GRAND.  She joked that now she’s gotta share the money with him.

4.  Sometimes it pays to be friendly at work:  A woman in Calgary named Karla Frisko just got a liver transplant from a coworker she barely knew.

Late last year, she found out that a best friend who wanted to donate wasn’t a match.  But then an hour later, she was on a work call with a guy named Scott Watson, who was basically a stranger at that point.  And when she mentioned it, HE wanted to help. He got tested, and they were a match.

We haven’t seen an update yet, but the transplant was scheduled for yesterday.