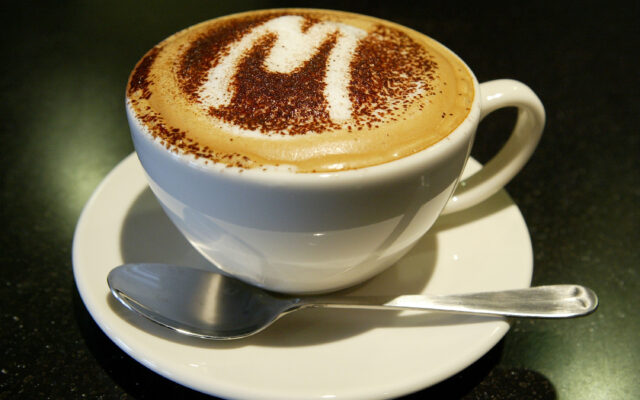 1.  Some creep in Florida was harassing two women at a bar last week.  So their bartender pretended to pass one of them a receipt.  But it was really a note telling her to flip her ponytail to her other shoulder if she needed help.  Now people online are calling him a hero after a photo of him holding the note went viral.

2.  A tire shop in Sacramento, California caught fire on Sunday.  And a church next door was about to go up.  But a guy and his kid grabbed a hose.  Then a random woman jumped a fence to turn on the sprinklers.  And they ended up saving the church.

3.  A FedEx driver in South Carolina saw a garage on fire last Tuesday . . . made sure everyone in the house got out . . . and then went back to delivering packages.

4.  If you haven’t heard about this guy, he’s awesome:  22-year-old Daniel Marshall has autism, and works the drive-thru at a McDonald’s in Arden Hills, Minnesota.  And everyone loves him, because he SINGS.

He sings the McDonald’s jingle when each car pulls up to order.  And he’s so popular, a local news station recently did a story on him.  His manager has a son who’s autistic, so she gets along with Daniel really well.  She says he usually works six days a week, and constantly asks for MORE shifts because he loves it so much.