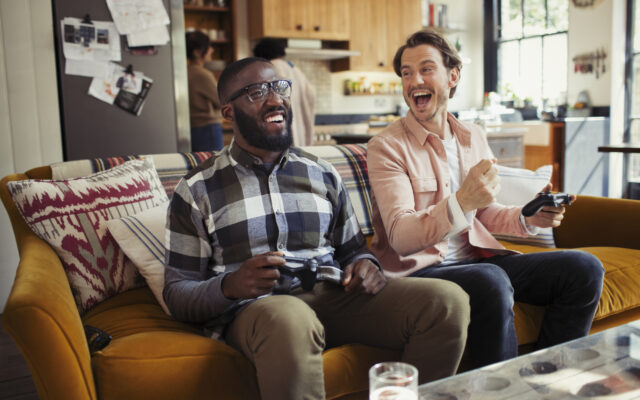 1.  We’ve covered this guy before:  Jim McIngvale owns a chain of stores based in Houston called Gallery Furniture, and he goes by the name “Mattress Mack.”

Every time there’s a hurricane, he steps in to help.  And this time’s no different.  He’s sending 30 truckloads of supplies to New Orleans this week.  And anyone who drove to Houston to evacuate can sleep in his showroom if they need to.

2.  A blind woman in England went out for a birthday dinner in London.  And the chef surprised her by using chocolate to spell out “Happy Birthday” in BRAILLE.  He put little dots of chocolate on a plate and let it dry before they brought it to her table.

3.  There’s a 93-year-old woman in Kansas named Phyllis Brinkerhoff who’s oddly obsessed with the Hokey Pokey.  So for her birthday, her neighbor surprised her by organizing a flash mob dance in her front yard.

4.  A 12-year-old kid in Calgary came out as gay this year, and most of his friends ditched him because of it.  Then his mom asked if he wanted a birthday party and he said no, because he didn’t think anyone would show up for it.

But she posted about it on Facebook, and a bunch of people reached out.  So on Saturday, she took him to a park for a SURPRISE party.  Dozens of people showed up, and he told the crowd it was the best day of his life.