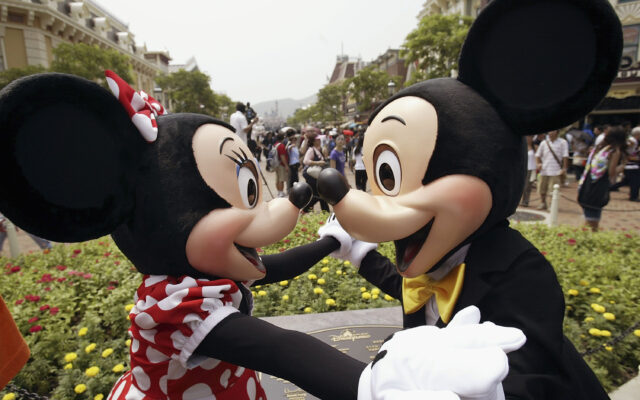 1.  A new study found the Pfizer vaccine is still 90% effective against severe symptoms for at least six months after your second shot.

2.  An 18-year-old pilot from the U.K. recently became the youngest person to fly solo around the world.  He started in the Netherlands . . . made 12 stops along the way . . . and landed back in the Netherlands 44 days later.  He originally planned to do it at 17, but the pandemic forced him to postpone.

3.  Disney World turned 50 last week.  So a mother-and-son who were there on opening day went back . . . and recreated a photo they took in front of Cinderella’s Castle in 1971.

4.  A cliff diver in Hawaii lost his wedding ring last year while climbing back up to do another dive.  He and his wife kept going back to search for it for a month, but couldn’t find it.

Then another couple was cliff diving in the same spot a few months later and found it.  But they had no idea who it belonged to, so they posted a video about it on TikTok.  And the first cliff diver’s wife just happened to see it.

She reached out, and they agreed to meet up at a beach to give it back to them.  But she kept it a secret from her husband, so he was totally shocked.