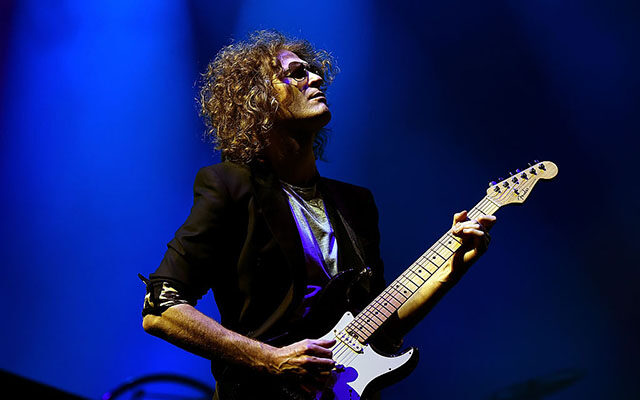 It seems like Dave Keuning’s return to recording with The Killers is going to stick.

Keuning worked with his three bandmates on their upcoming seventh album after sitting out the recording process for Imploding the Mirage, and the guitarist tells Spin, “For the next one, the eighth one, pretty much all the Killers will be vaccinated, and it will be a much easier situation, I think. I’m kinda stockpiling ideas for that one already.”

Keuning, who went on a hiatus from the band in 2017, says the as-yet-untitled seventh album has been in the “final tweaks/’almost done’ phase for a few months.” He adds that he plays on it “quite a bit. I would offer ideas or try to add guitar to songs the best I could. And a couple of the ideas made it to the record. I feel like that’s my role in the band.”