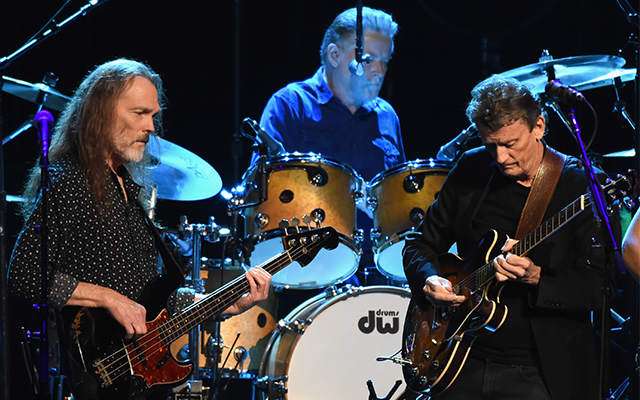 Um, Yes please, and thank you.

Unlike many of their colleagues, The Eagles have never jumped on the “play your biggest album in its entirety” bandwagon…until now.

For the first time ever, The Rock and Roll Hall of Famers will perform their landmark release Hotel California from start to finish at two special gigs: September 27 and September 28 at the MGM Grand Garden Arena in Las Vegas. The show will also feature a set of the band’s greatest hits.

If you’ve been to see the Eagles live in concert, you’ve no doubt heard them play the album’s three singles — “Hotel California,” “Life in the Fast Lane” and “New Kid in Town” — numerous times.  These shows will give you the chance to hear lesser-heard gems as well, including “The Last Resort,” “Victim of Love,” “Try and Love Again,” and “Wasted Time.”

Hotel California is the third best-selling U.S. album in history, having been certified 26 times platinum. When it was released in 1976, it hit #1 and won two Grammy Awards.