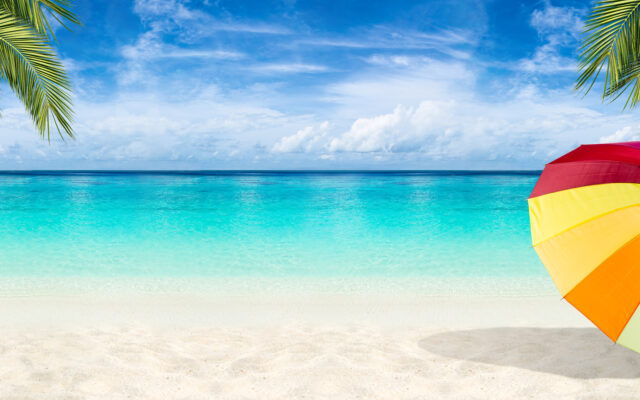 1.  An 83-year-old woman in Utah is now a fifth-degree black belt in karate.  And CHUCK NORRIS himself awarded it to her at an event on Saturday.  She got into karate 15 years ago after her 11-year-old granddaughter started taking lessons.

2.  A couple in Oregon named Drew and Kayla Gottfried were married 14 years ago.  And the people who videotaped their wedding said they accidentally ERASED the whole thing.  But it turned out that wasn’t true.

Drew recently found the footage, but kept it a secret for months.  Then he rented out a theater for their anniversary . . . told her they were playing her favorite movie . . . and played their wedding tape instead.  Now a video of her reaction is blowing up on TikTok.

3.  A 17-year-old from Houston named Larissa Leon just won a $10,000 scholarship for making her prom dress entirely out of duct tape.  She did it for a contest that Duck Brand duct tape does every year.  She says it took 163 hours and 47 rolls of tape.

4.  A coyote was chasing an 11-year-old and her tiny Yorkshire terrier in Toronto, and the dog somehow fought it off.  It ended up with some bad bites but should be fine.

5.  There’s a U.S. battleship called the USS Delbert D. Black, named after the first Master Chief Petty Officer of the Navy who died in 2000.  But his wife Irma is still alive and just turned 100.  So for her birthday, the Navy invited her to tour the ship.  Then she said she’d love to ride in a helicopter.  So the crew made it happen.  (Here’s a photo.)