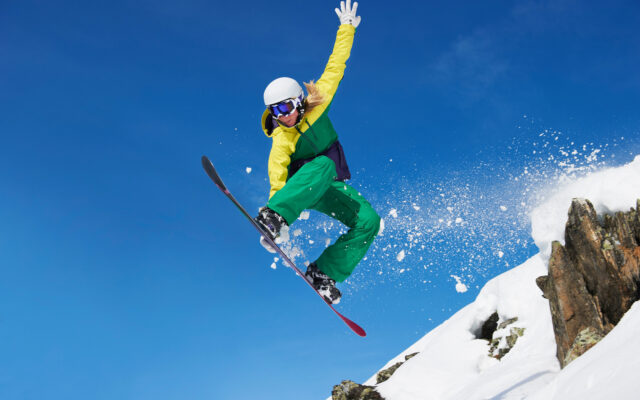 1.  A couple in Minnesota named Craig and Vanessa Lynch got married last month.  Now a clip from their ceremony is going viral, because Vanessa delivered vows to Craig’s SON . . . nine-year-old Henry . . . and promised to be the best stepmom ever.

2.  A guy in China who was kidnapped 30 years ago tracked down his family by drawing a map of his village by memory, and posting it online.  He posted the photo on Christmas Eve.  Then someone figured out which village it was . . . cops confirmed a kid had gone missing there in 1989 . . . and he reunited with his mom on New Year’s Day.

3.  Back in October, a hockey fan and med student in Seattle named Nadia Popovici went to see the Seattle Kraken play the Vancouver Canucks . . . and ended up saving a guy’s life.

She was sitting behind the Canucks’ bench when she noticed a weird MOLE on the assistant equipment manager’s neck.  So she typed a message to him on her phone . . . showed it to him through the glass . . . and he took it seriously.

His name is Brian Hamilton, and it turned out she was right.  It was melanoma, but he had it removed, and he’s okay.  He posted about it on the Canucks’ Twitter page on Saturday, trying to figure out who Nadia was so he could thank her.  Now the Canucks and Kraken are giving her a $10,000 scholarship to help pay for medical school.