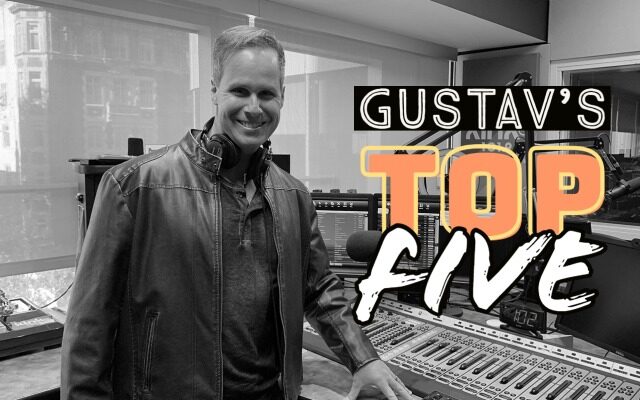 First off, as a disclaimer, please don’t fault me for choosing bands that are all from the UK.  They just simply put out amazing music.  I swear that some of my 6 – 10 are NOT from across the pond.  At any rate… my top 5!

Number 5: David Bowie  An example of a musician who was always cutting edge, with regard to fashion, music and lifestyle and who managed to evolve with the times and still remain relevant throughout his storied career.  I was a bit late to the David Bowie “Live Show” party in the sense that the first time I saw him, it was in 1995 when he was co-headlining with Nine Inch Nails.  The most amazing thing, however, was when he and Trent Reznor did the duet of “Hurt”… the proverbial “passing of the torch” at that live show, if you will.  It was also the first ever concert at the newly built Rose Garden Arena (now Mode Center). And hey… let’s not forget that Bowie was also quite the fine actor in numerous films!  Vampire fans, be sure to check out “The Hunger” and of course, he was The Goblin King in Labyrinth… need I say more?

Number 4:  Coldplay  I was always a fan of Chris Martin’s abilities as a singer/songwriter and skills at bringing raw emotion to his band’s songs.  In early October of 2017 when my wife and I saw them play the Moda Center in Portland, it was a truly heartbreaking time… the mass shooting in Las Vegas had happened just a day earlier… Tom Petty had recently passed on.  Everyone was in pretty low spirits, honestly.  When Coldplay first took the stage, Chris very politely introduced himself and the band and then called for a moment of silence to remember the Las Vegas victims.  Among what must have been 15,000 people, you could hear a pin drop.  Immediately afterward they were joined by Peter Buck from R.E.M. on stage and launched in to a cover of “Free Falling” and the crowd erupted.  It was an incredible confluence of joy and heartbreak all at the same time, and a show I won’t soon forget.

***Before we get to my top 3, if you were an angsty teen in the ‘80s, wore a lot of black clothing and wrote bad poetry, chances are you listened incessantly to these bands.  Also, we probably would have hung out in High School.***

Number 3:  The Smiths  My first introduction to this band was “How Soon Is Now?” back in 1984, and I immediately had to know more about these guys.  Something about the lyrics and vocals just spoke to me, despite the fact that the British press seemed to consistently hate them.  Also, Morrissey and I share the same range, so just about all of their songs are goto Karaoke faves of mine.  And the press still seems to hate Morrissey, so if nothing else they’re consistent.

Number 2:  New Order  Once the punk band Warsaw in the late ‘70s, morphing to Joy Division and emerging as New Order after the tragic passing of Ian Curtis, their love for moody synth melodies and dour introspection turned them in to a household name among us bad-poetry writers in the mid-80s.  And Peter Hooks bass playing is so iconic you can certainly ID any New Order song by that style alone, drum machines and synths notwithstanding.  I remember when I was studying in Munich and finally breaking down and buying the German pressing of the 12” single of “Blue Monday” and carefully cradling it in my lap the entire train ride back to my dormitory.

Number 1:  Depeche Mode  While we’re on the subject of moody synth melodies, my top band of all time… this 4-piece from Basildon who were iconic among the early “New Romantic” scene of the early ’80s.  I first heard them courtesy of a friend from 8th grade, whose sister had just come back from a study abroad in England, armed with all this import vinyl from bands I’d never heard of, and after the first few listens, I was hooked.  A year later, “People Are People” put them on the U.S. radar and the rest was history.  Talk about a band that profoundly influenced my own musical tastes, style of dress, and got me made fun of more often than I can count, it was certainly these guys.  And the fact that they were inducted (finally) in to the Rock and Roll Hall of Fame last year is some nice icing on that cake.  Funny enough, I never saw them as a “rock band” really, yet they have influenced countless other bands (some even rock) over the years.  Depeche Mode are one of those bands from whom you can take huge inspiration in your discovery of other bands in the same vein, and they did just that, certainly leading the way for my appreciation of electronic music that I retain to this day.

The Lumineers on Kimmel

Bird migrations are happening now, see how you can help keep them safe

September 23rd, 2021
View full playlist
Connect With Us Listen To Us On