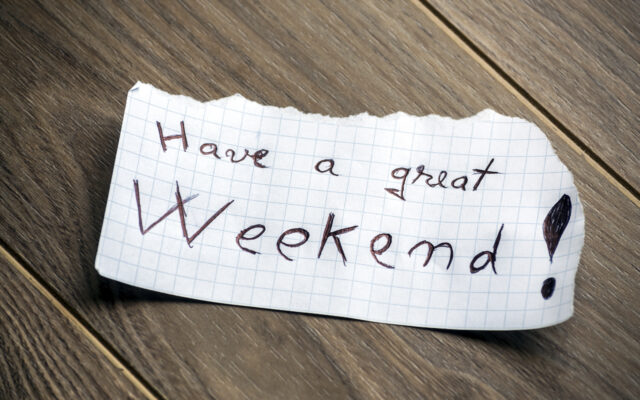 1.  A 79-year-old guy in Michigan got pulled over for speeding last week and started CRYING on the side of the road.  He told the cop that everything was going wrong that day.  His wife is ill, and his son has special needs.  So he’d bought a new TV to cheer them up but couldn’t get it to work.

It turned out he was rushing around to different stores looking for the right cables to hook it up.  So the cop said don’t worry, got his address . . . and then showed up at his house an hour later to hook it up for him.  He brought his partner along and a NEW recruit too, just in case they needed a young person’s help.

2.  An 81-year-old guy had a heart attack at a movie theater in England on Saturday, but people in the audience did CPR and saved his life.  And the name of the movie they were watching is perfect . . . it was the new Bond film, “No Time to Die”.

3.  A J.V. softball game in Georgia almost got called last month, because one team didn’t have any more pitchers.  But then an extra arm on the OTHER team offered to sub in, and both coaches were fine with it.  She struck out several of her teammates.  But a report didn’t even mention the final score, because no one cared at that point.

4.  Google now lets you search for flights based on the carbon footprint you’ll leave.  A new poll found 30% of us worry about the impact our travels have on the environment.