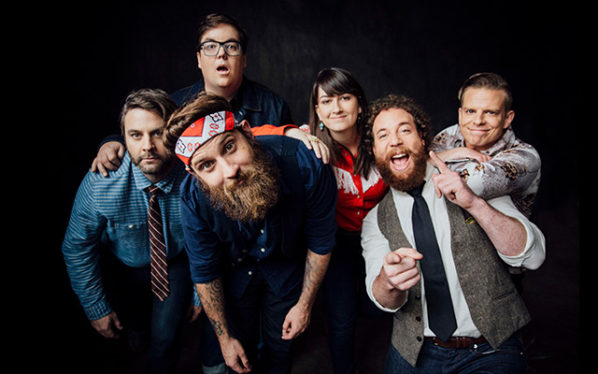 When a crowd is feverishly singing along with the last chorus upon first listen, you know it’s a song that connects. This is what happens when The Strumbellas play ‘Spirits’ live for the first time, the first single from their new album, Hope (released April 22nd). That experience embodies the essence of what has been attracting fans from across North America to this six-piece Lindsay, Ontario-bred band.

The Strumbellas got their start in 2009 with their eponymous EP release, which was peppered with accolades from Toronto weeklies and prompted a proclamation from the CBC that they are a “band to watch.” Since then, the group has been on the road earning their stripes through sold-out residencies at different clubs in Toronto, as well as several cross-country tours and summer festivals.