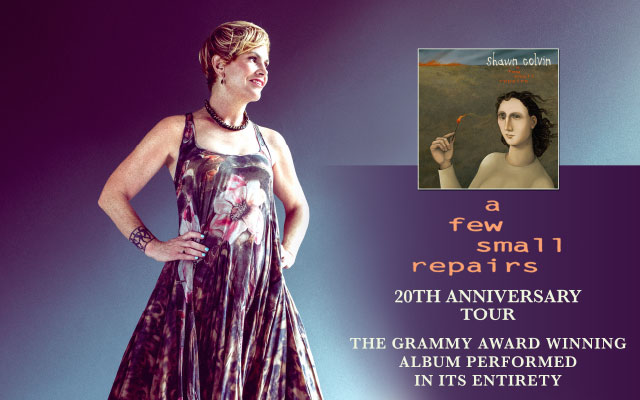 In an era when female singer-songwriters are ever more ubiquitous, Shawn Colvin stands out as a singular and enduring talent. Her songs are slow-release works of craft and catharsis that become treasured, lifetime companions for their listeners. As a storyteller, Colvin is both keen and warm- hearted, leavening even the toughest tales with tenderness, empathy, and a searing sense of humor. In the 27 years since the release of her debut album, Colvin has won three Grammy Awards, released eleven albums, written a critically acclaimed memoir, maintained a non-stop national and international touring schedule, appeared on countless television and radio programs, had her songs featured in major motion pictures, and created a remarkable canon of work.