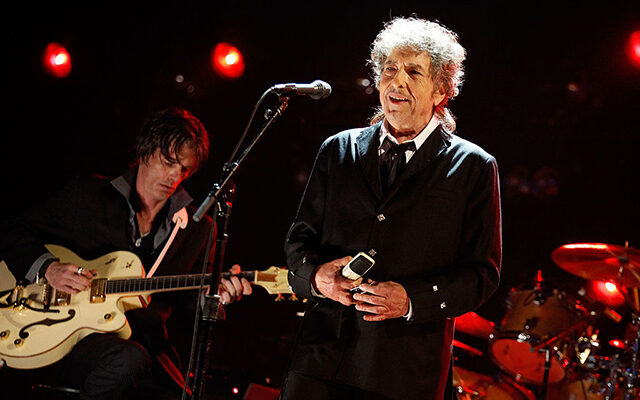 Bob Dylan is the latest member of music’s 80 club.

He was born Robert Allen Zimmerman in St Mary’s Hospital in Duluth, Minnesota on May 24th, 1941 (a Saturday), and, despite being 18 years past the retirement age, he’s still going strong.

Once quoted as saying, “I don’t see why you can’t last as long as you want to last,” he released his 39th studio album last year, Rough and Rowdy Ways.

Having moved to New York City in 1961, he started performing under the name Bob Dylan and legally changed it a year later with the release of his 1962 self-titled debut album.

Dylan has written more than 600 songs, for which he sold the publishing last year for more than $300-million. He’s released more than 50 albums, continues to tour each year, and in addition to being a member of both the Songwriters and Rock and Roll Hall of Fame, he also has 10 Grammys, an Oscar, Golden Globe, Nobel Prize, Pulitzer, Presidential Medal of Freedom and numerous other awards to his name.

He’s been married twice and has six children.