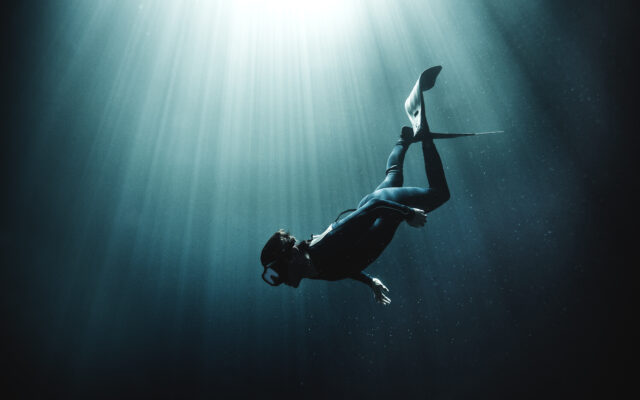 1.  A California man lost consciousness while scuba diving near Catalina Island late last month . . . and got saved by mermaids.  (???)

A dozen women were taking an advanced mermaid swimming class nearby and showed up in their mermaid tails.  Their instructor was the first to get there . . . did mouth-to-mouth while he was still in the water . . . and saved the guy’s life.

2.  A guy named Brendon Birt was driving in Iowa in the middle of the night last month when he took a wrong turn . . . came across a house on FIRE . . . and ended up saving three kids, along with their 22-year-old brother.

They were sleeping and had no idea until he screamed and banged on windows to wake them up.  Their mom was out of town dealing with a family emergency but she got to meet him and give him a huge hug when she got back.

A  guy in Rhode Island hand-carved 1,000 pumpkins and put them on display at his house to raise money for cancer research.

Spirit Halloween’s charity Spirit of Children has now raised over $100 MILLION to help sick kids since 2007.

Also, a five-year-old hockey fan who’s in a wheelchair dressed up as the Edmonton Oiler’s Zamboni and got mad love from the team, and the NHL.

And a video of two trick-or-treaters in England is going viral after they saw an empty bowl of candy outside someone’s door, and tossed some of their own candy in to fill it back up.