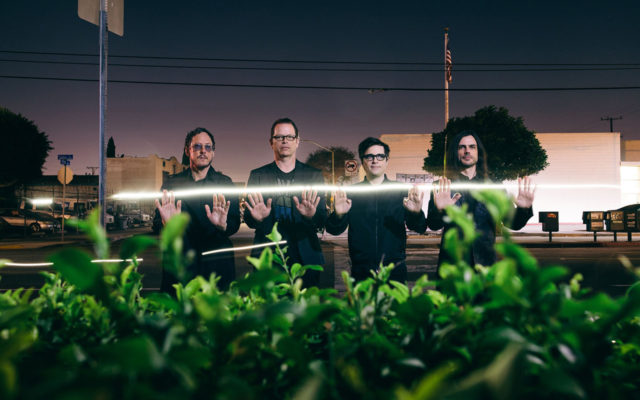 Rivers Cuomo says that Weezer actually started on OK Human before their other album due out this year, Van Weezer.

Cuomo tells NME that the group started work on OK Human in 2017 and had done a majority of the recording before their manager told them about the Hella Mega tour with Green Day and Fall Out Boy. Cuomo admits, “We were like, ‘Okay, we just made the worst possible type of album you could make before a stadium rock tour.'”

They switched focus and made Van Weezer, inspired by their love of Black Sabbath, Metallica and Van Halen. Cuomo says once the pandemic started, “we were like: Well, now we’ve just made the worst possible album for a time when you can’t actually tour or perform or rock out. When nobody is going to concerts, how can you possibly promote a stadium rock album?”

Cuomo adds that OK Human coming out Friday “is probably the best possible time for this album. It’s about feeling isolated and alienated and secluded, so it’s the perfect album for now.”