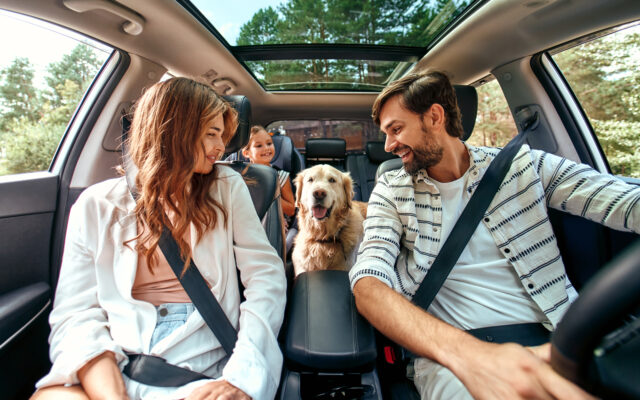 1.  A toddler in Georgia was playing with his mom outside, chased after some bubbles, and found a MISSING WOMAN in the woods next to their house.  She’s 82 with Alzheimer’s, and she’d been missing for four days.  So the kid probably saved her life.

2.  Also in Georgia:  A bunch of high school football players are being hailed as heroes after pulling a woman from a nasty car wreck on their way to school last Friday.

3.  A 99-year-old in Pennsylvania named Peg Koller just got to meet her 100th great-grandchild after she almost didn’t have ANY.  She wanted to be a NUN more than 80 years ago when she was in high school.  But her future husband William talked her out of it.  They ended up having 11 kids.

4.  A couple near Seattle thought their lottery ticket hit for $360 . . . then went to cash it in and found out it hit for 360 GRAND.  They’re about to be grandparents for the first time, so the first thing they did was write a $10,000 check to help their son and daughter-in-law out.