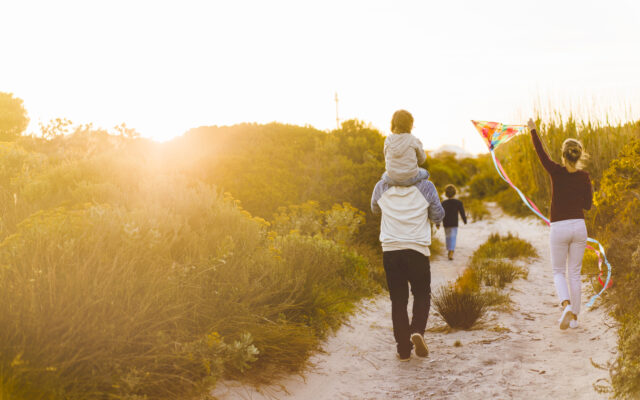 1.  Mae Richardson Elementary School in Central Point,  Oregon set a new unofficial record for cereal box dominoes.  They used 6,877 boxes, and then donated them all to a food bank.  They originally planned to get Guinness involved to make it official.  But there were time constraints, so they just went for it.  They would have beaten the current record by about 500 boxes.

2.  A woman in Colorado just marked her 99th birthday by flying around in a glider.  It was on her bucket list, so her friends made it happen.  She says she loved it.

3.  A woman in California went to CVS to get pain meds for an infected tooth, but realized she didn’t have the slip of paper saying it was covered by insurance.  So she broke down when she realized she didn’t have the $20 to pay for it.  But then the pharmacist reached across the counter and swiped her OWN credit card.  The woman tried to pay her back, but the pharmacist refused to accept any money.

4.  A high school senior in Texas walked up to get his diploma last month.  Which was a big deal, because he lost both of his legs as a kid.  His name is Kiven Medrano.  (Pronounced “Kevin”.)  He was born with a genetic condition, and his legs had to be amputated when he was young.

As a freshman, he made it his goal to walk across the stage at graduation one day, and he got prosthetics about a year ago.  The crowd gave him a huge ovation.  He’s already enrolled in college and plans to pursue a career in animation.