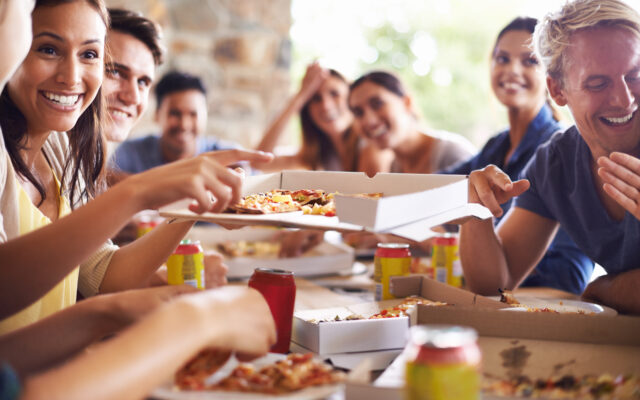 1.  A Phoenix Suns fan tried and failed to get tickets to the NBA Finals last week to see them play the Bucks.  So his wife surprised him with two tickets for Game 3 . . . without realizing it was in MILWAUKEE.  But they just rolled with it . . . doubled down and bought plane tickets . . . and made it to the game.  (The Bucks won that one though.)

2.  The owner of a pizza place in northwest Ohio called Heavenly Pizza held an Employee Appreciation Day last week.  And ALL of the money they brought in went to his workers.  They did $6,300 in sales, and got another $1,200 in tips.  So each worker ended up making $78 an hour that day.

3.  A 94-year-old woman in Alabama named Martha Mae Tucker recently got to cross something off her bucket list . . . by trying on wedding dresses.  She got married in 1952, but Black women weren’t allowed in bridal shops back then.

She told her granddaughter that she’d always wanted to try a real wedding dress on.  So her family made it happen . . . did her makeup . . . and took her to a bridal shop, where she tried on two dresses and looked GREAT in both.  (Here’s a photo.)

4.  U.S. track-and-field star ALLYSON FELIX is heading to her fifth Olympics this month, and she’s also a mom.  So she got the clothing brand Athleta to set up a $200,000 childcare fund for OTHER mom athletes.  At least six of the women getting grants are in the Olympics, and won’t have to fund their own childcare costs now.