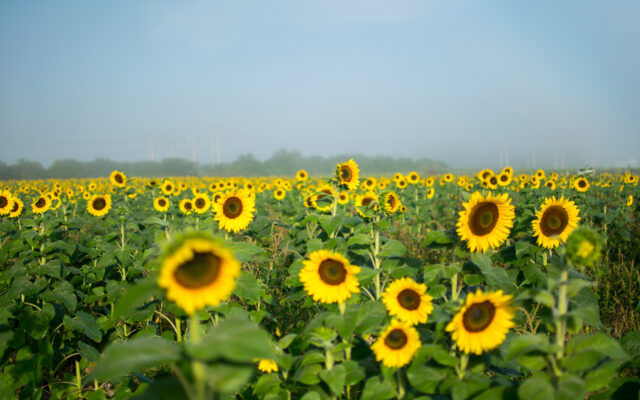 1.  A Navy veteran in New Jersey named Gilbert Anaya says his emotional support pig named Hammy saved his life a few weeks ago.  It literally saved him from a FIRE.

The fire started in his garage where Hammy sleeps.  Gilbert was sleeping upstairs and had no idea.  But Hammy is trained to open and close doors.  So when the fire broke out, he ran outside and closed the door behind him.

Closing that door slowed the fire down.  So when Gilbert finally woke up and smelled smoke, he still had time to get out.  He’s had Hammy for six years because it helps him deal with PTSD from his time in Afghanistan.

2.  Speaking of vets:  A 101-year-old named Thomas Adams Jr. lives in Mississippi, and served in World War Two, Korea, AND Vietnam.  And he just got promoted 56 years after he retired.  He was about to become a major when he left the Air Force in 1966.  But they just decided to promote him anyway, and did a ceremony at his house.

3.  A couple in New York got married last month, and let the groom’s grandparents take their first dance.  They’re Jewish, and the guy’s grandfather was sitting shiva when he and his wife got married 65 years ago.  His mother had just passed away.  So out of respect, he refrained from dancing on their wedding day.