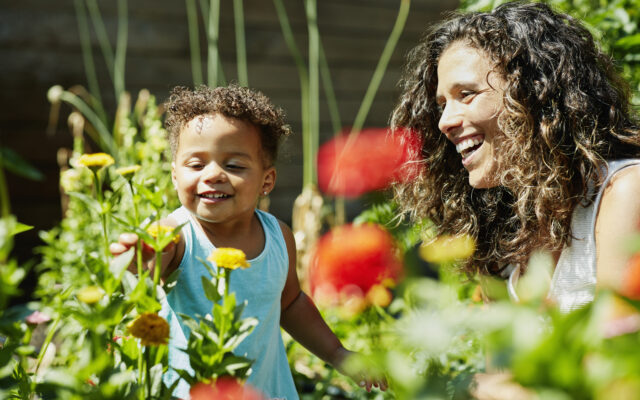 1. A new poll found Americans are more spiritual and religious than you might think. Only 22% say they “never” attend religious services. And 92% of us think it’s important to remember the Golden Rule to treat people how you’d like to be treated. (If you’re not religious, you can still celebrate. Today happens to be national Atheist Day.)

3. In Ukraine news: A Russian journalist who won a Nobel Prize last year just donated it to raise money for Ukrainian refugees. Also, two Ukrainian soldiers just got married on the front lines on Monday . . . he’s originally from Russia, but he’s fighting for Ukraine. And four guys from England filled a whole bus with teddy bears the other day, and drove it to the Ukrainian border to hand them out to kids.

4. A Starbucks barista named Emily Mejia has a 13-year-old sister who got a cancer diagnosis last year, and chemo didn’t work. So doctors started her on immunotherapy, which DID work. And there’s a great video of Emily finding out.

Her mom went to Starbucks while she was working the drive-thru . . . played it cool and ordered a coffee . . . then let her know her sister is CANCER-FREE. (Here’s the video.)