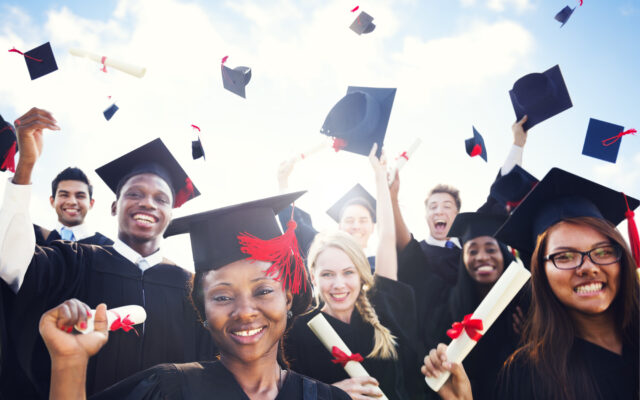 1.  Two members of a martial arts crew near St. Louis were in a Fourth of July parade this weekend, and stopped their float to save a guy’s LIFE.  It sounds like he had a heart attack, and he didn’t have a pulse.  So they did CPR, and had him breathing again by the time paramedics showed up.

2.  A U.S. Army vet named Buddy Laddin is paralyzed from the waist down.  But he used a special exoskeleton device to help him stand and WALK on Sunday.  For the Fourth, he helped raise the American flag outside a veteran’s hospital in New Orleans.

3.  A 10-year-old girl in Sweden who has special needs recently stood up on her own for the first time to dance with her dad.  Now a video of it is going viral.

4.  An entire family from Chicago all graduated this year.  The mom is a teacher’s aide, who finally got her college degree 30 years after she started school.  Her son graduated from Georgetown the same week . . . then her oldest daughter finished high school . . . and her youngest daughter was valedictorian of her elementary school.