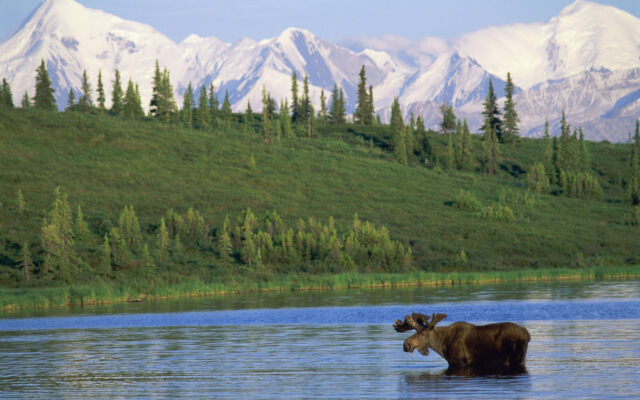 1.  A guy in Colorado wanted to support his local breweries after the lockdowns, so he set a goal to have one beer at 30 breweries in 30 days.  But then he finished it in a week, so he decided to keep going.  In the last 18 months, he’s visited EVERY brewery in Colorado . . . all 469 of them.

2.  A guy in Alaska named Billy Ray Macon Sr. graduated from Anchorage High School way back in 1961.  But they put a stamp on his diploma that said he only met the MINIMUM requirements to graduate.  So he was always ashamed of that.

But his granddaughter just fixed it by surprising him with a NEW diploma for his 80th birthday.  She got in touch with the high school, and the current principal put together a small graduation ceremony just for him.

3.  Firefighters in Florida rescued a dog that fell down a 15-foot hole earlier this month.  The dog’s okay, and the hole has been filled in.

4.  And a group of loggers in Canada rescued a moose that fell through the ice on a lake in Ontario.  It was in a deep part of the lake, and had been there for hours.  So they broke away more chunks of ice to create a channel to a shallow spot.  Then they coaxed it over until it could touch the bottom, and it managed to climb out on its own.