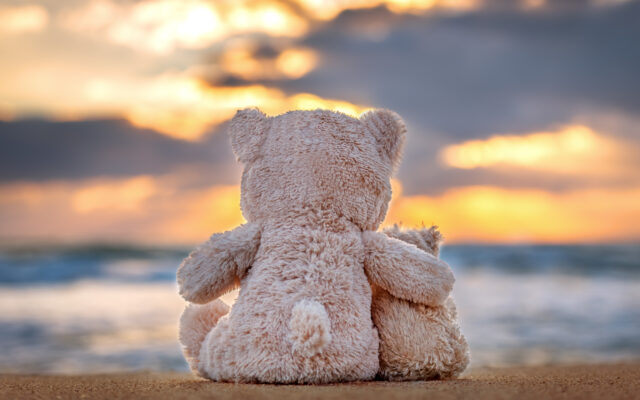 1.  Hockey fans in central Pennsylvania broke a record on Saturday by tossing over 50,000 teddy bears on the ice all at once.

It happened during a minor league game between the Hershey Bears and Hartford Wolf Pack.  As soon as the Bears scored their first goal, fans tossed 52,341 stuffed animals on the ice.  They’re all being donated to the Boys & Girls Club and other charities.

2.  This happened a few months ago, but the video is going viral.  An opera singer was performing in Italy, and there was a part where a guy was supposed to sing.  But she was performing solo, so they just skipped those lyrics . . . or planned to.

When no one sang, a guy in the AUDIENCE stood up and started singing, and he was pretty good.  Turns out he’s a 24-year-old music student from China, but he sang in Italian.  He got invited backstage for pictures and an autograph.  (Here’s the video.)

3.  A 60-year-old guy in North Carolina just hit the lottery for $4 MILLION . . . and he says he got his numbers from a fortune cookie.