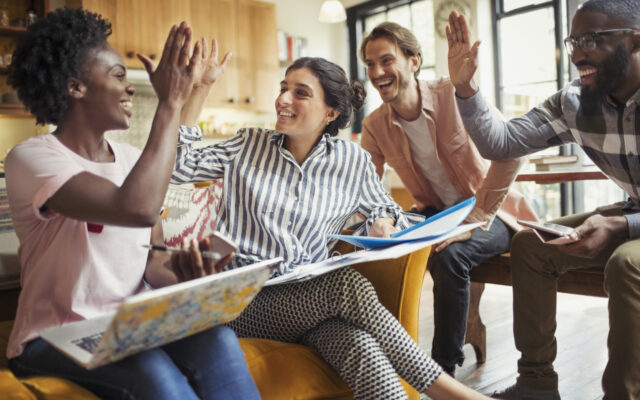 1.  An elementary school in Wisconsin threw a surprise party for a former substitute teacher who just turned 90.  Her name is Arla Ertl, but everyone calls her Grandma Arla.  She retired a few years ago, but helped out at the school for decades.

450 kids with balloons and signs lined the sidewalk to surprise her, and the school band played her a song.  She started working at the school when she was 19, so 71 YEARS ago.  Even a few of the current teachers are former students of hers.

2.  A 42-year-old woman named Fredi Bangwa was the last runner to finish the New York Marathon on Sunday, but for good reason.  She has rheumatoid arthritis, and had to do the last 10 miles with a walker, but refused to quit.  She finished in just under 11 hours.  She was the last to finish, but not the slowest time of the day.  A 74-year-old woman with an earlier start time finished in 12 hours.  It was her 35th marathon.

3.  Some guy was walking his old dog when the dog’s legs gave out.  And a video of it is going viral, because someone across the street walked out of their house with a WAGON to help them get home.  He eventually brought the wagon back and thanked them for being so nice.  (Here’s the video.)