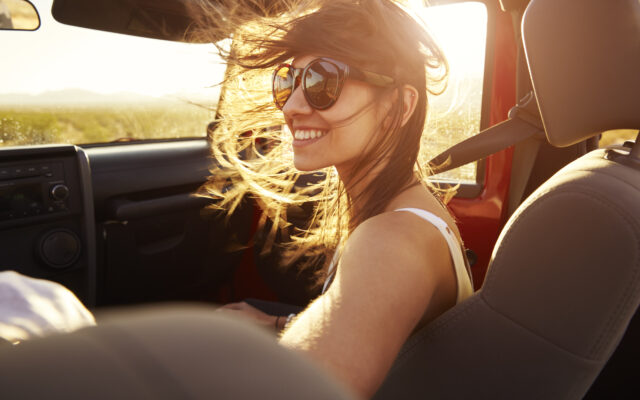 1.  An Apple Watch saved a 70-year-old woman’s life in Arizona.  It said her heart rate was 174 and that she was in A-Fib.  So she went straight to the E.R. and spent a week in the hospital.  She reached out to Apple CEO Tim Cook last week and got a response.  He thanked her for sharing her story.

2.  A guy in England raised over $25,000 for cancer research by taking a road trip to locations with off-color names.  We can’t say some of them on the air, but he stopped in a town called Booze . . . another one called Upperthong . . . and ended his trip in a town called Bell End.

3.  A guy in Tennessee donated an old jewelry box to Goodwill, and didn’t realize there were a bunch of love letters inside that his grandfather wrote during World War Two.  So an employee made sure his family got them back.

4.  And speaking of veterans:  12 years ago, a nine-year-old named DeShauna Priest wrote a letter to a World War Two vet in Ohio named Frank Grasberger, thanking him for his service.  And he was so touched, he still carries the letter around in his pocket.

He always wanted to meet her in person, but couldn’t track her down.  So someone at his senior living home got involved, and DeShauna recently showed up to SURPRISE him.  She’s 21 now and a member of the Army National Guard.  (Here’s the video.)