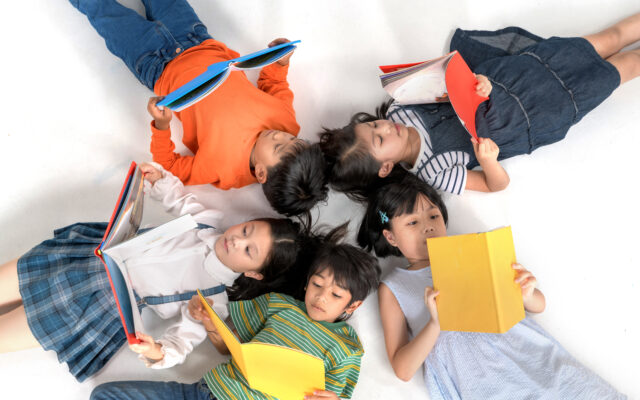 1.  In Cincinnati, Ohio, a family dog named Gertie fell down a crevice, and then spent FIVE DAYS wedged between two concrete walls along a garage.

So, on Sunday, firefighters showed up, and used a SLEDGEHAMMER to smash a hole in the wall to free Gertie.  (Here’s video of the rescue.)

2.  An 83-year-old grandmother in Iowa named “Grandma Bette” reads children’s books on her Facebook page each night.  She started doing it back in April, and now has more than 3,000 people following her page.  (Check it out, here.)

3.  A mother in Island Heights, New Jersey called police recently after she locked her kid in her minivan.  The responding cop, Rocco Mellott, asked if he could smash a window because it was very hot, and he wanted to get the kid out ASAP.

The woman agreed, so he broke the window . . . got the kid . . . and then he got his unit to donate the money to cover the cost of the window.

4.  California became the first state to offer free lunches as an option for ALL public school students, regardless of the family’s income.  It’s the largest free student lunch program in the country.  Maine is also following with a similar plan.

5. A student pilot flying solo in a Cessna lost engine power WHILE in the air . . . and pulled off a successful emergency landing in a field.  It was captured on cockpit video.  His conversation with air traffic control is also compelling.

Click here to see the video.   Viewer Discretion:  There is some profanity at the 2:27 mark.