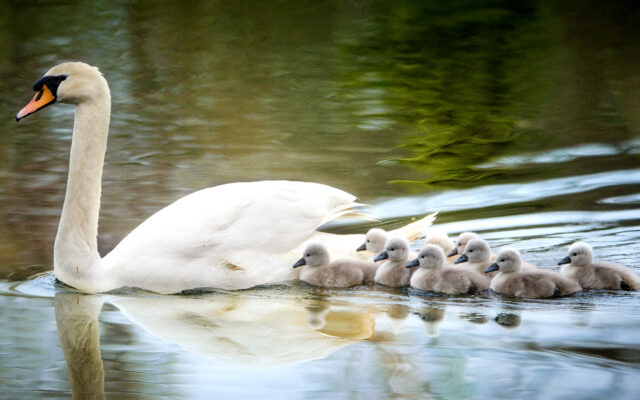 2.  A couple got married on an island near Boston on Saturday, but it almost didn’t happen.  The bride was already at the venue, but the groom and groomsmen were waiting for the last ferry across when it broke down.  So a cop helped them out.

An officer with the Boston Harbor Patrol used his boat to take them all across.  It turned out the DJ, florist, and wedding photographer all needed a ride too, so they hopped on as well.

3.  Have you seen this yet?  It was posted last year, but it’s going viral again:  Some guy found out a pet store had sold a parakeet right after it laid an egg.  So he took the egg home . . . helped it hatch . . . and raised the chick himself.

Then once it got bigger, he found out the pet store still had the dad parakeet.  So he went back to buy it so they could both be together.