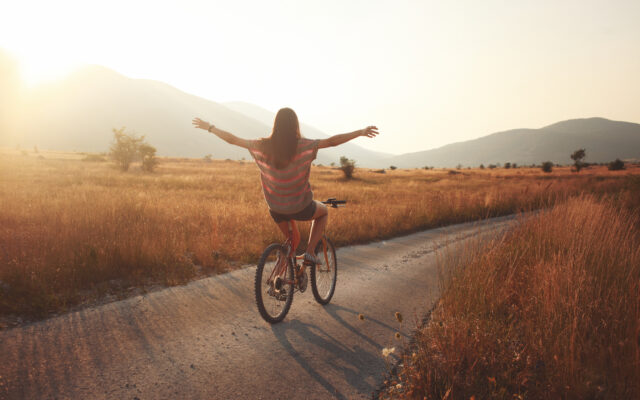 1.  A high school in New Jersey did a Lost and Found Day where students could claim lost stuff.  But it was really just a setup to surprise one specific teacher with a son who’s in the military.  He’d been in Iraq, and she hadn’t seen him in over a year.

3.  A woman in Michigan was paying for gas when a total stranger said, “You should buy a $30 lottery ticket.  I bet you’ll win $4 million.”  So she went ahead and bought one . . . and it hit for $4 million.  That was the grand prize on the ticket she bought.

4.  Some guy bought an old payphone and hung it up in his office as “art.”  But it doesn’t just hang there.  He connected it to a phone in his young daughter’s bedroom.  So when she picks up the receiver, the payphone automatically rings.  Now she can talk to him anytime she wants.  When it rings, he says it’s a nice surprise . . . “most of the time.”

5.  This study was small, but the implications are huge.  18 people with rectal cancer were recently given a new experimental drug.  An in all 18, their cancer vanished.  It’s apparently the first time everyone in a cancer study has gone into remission like that.