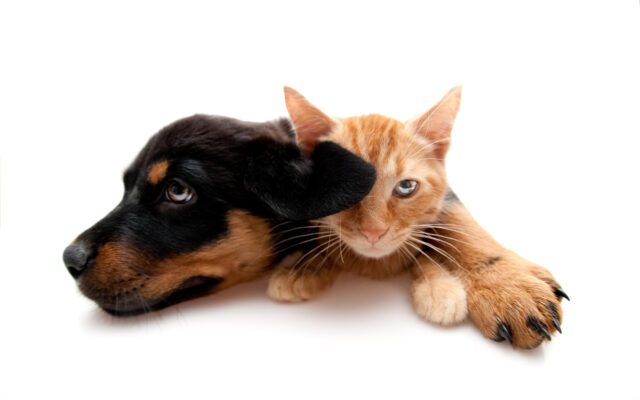 1.  A mom in Louisiana named Maria Clark lost her son Nicholas in a car crash two years ago, and donated his organs.  Earlier this month, she got to meet the boy who got his heart.  There’s an amazing video of her getting to hear it beat again.

2.  Over 2,000 students from three high schools in Indiana may have set a new record for largest game of Duck, Duck, Goose.  They’re just waiting on Guinness to confirm.

3.  CNN just did a big story on a guy from Italy named Peppe Corsaro who runs several restaurants in England where actual Italian moms do all the cooking.  He brings three new moms and grandmothers in every few months, and they use their own recipes.  Most of them are in their 60s or older.

4.  A fire tore through a cat shelter in Largo, Florida on Saturday.   But dozens of cats survived because of a dedicated cat lover named Laura Kile.

She kept running back into the burning building to save as many as she could, and ended up in the ICU with serious burns and smoke inhalation.  Her coworkers say she would have kept going back in if firefighters hadn’t pulled her away.

Now people online are donating to a GoFundMe to cover medical bills.  Last we checked, it was up over $75,000.