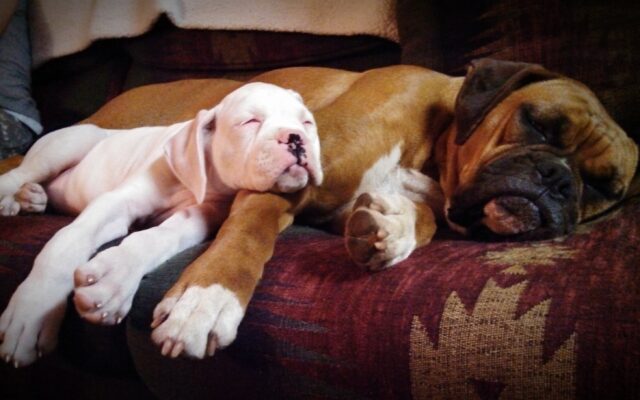 1.  A seven-year-old hockey fan in Michigan named Keegan Williams has been skating since he was three.  But he hasn’t gotten out much since he was diagnosed with leukemia in 2018.  So Make-A-Wish just did something pretty cool for him.

They built a little hockey rink in his backyard and surprised him with it on Friday.  They also brought in the mascot for the Grand Rapids Griffins to play goalie.  But the best news is Keegan’s on the mend and should finish his cancer treatments in April.

2.  A postal worker in New Hampshire named Kayla Berridge was delivering mail last Thursday, and noticed an old lady hadn’t grabbed her mail in four days.  So she called for a wellness check and ended up saving the woman’s life.

She’s in her 80s.  It turned out she’d fallen three days earlier, and was pinned down by random junk that fell on top of her.  Doctors treated her for hypothermia and dehydration, but her family says she’s recovering well.

3.  Someone nominate this lady for Aunt of the Year:  A woman on Twitter was talking to her nephew, who was about to turn ten.  And he was sad that he’d never seen a limousine in real life.

So she surprised him on his birthday by picking him up from SCHOOL in one.  And the whole thing is on video.  (Here’s the video.)