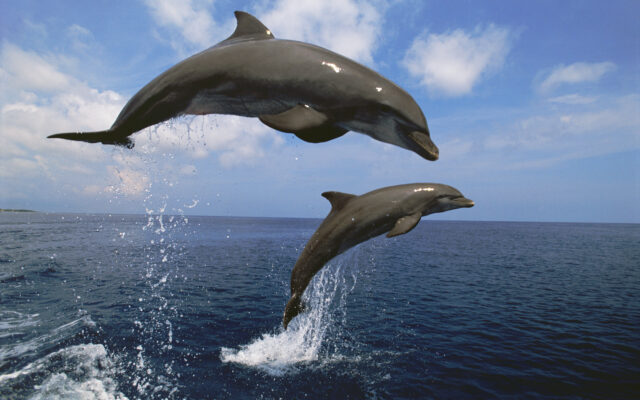 1.  A woman in Illinois wanted to open an animal rescue clinic, so her neighbor made it happen by donating over $700,000 to the project.  He made a bunch of money in cryptocurrency and wanted to share the wealth.

2.  Rescuers recently saved a stranded swimmer more than two miles off the coast of Ireland.  And they only found him because a pod of dolphins surrounded him in the water.  They think they might have been trying to protect him.

3.  A young couple in Canada had a plumbing issue in their new house, and found a ring inside an old pipe.  So they reached out to the previous owners and got it back to them.  It turned out they dropped the ring down a drain 25 years ago.

4.  A 49-year-old plumber in England named Kev Crane recently renovated three bathrooms for the owner of a small record label.  And the guy ended up giving him a RECORD DEAL after he heard Kev singing along to the radio.

Kev mentioned that he’d been recording songs in his home studio during the pandemic.  His stuff has an ’80s vibe, and the guy loved it.  They just put out his first album called “Why Can’t I Be You?”.  (You can listen to him on YouTube.)