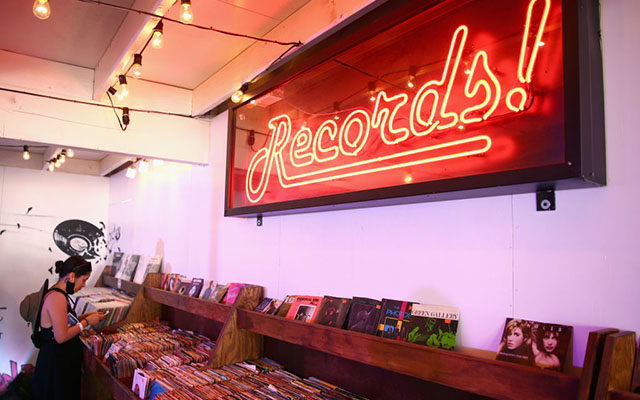 Rarities from Foo Fighters, Bush and Pearl Jam are among the highlights of Saturday’s Record Store Day Drop. The full list is at RecordStoreDay.com.

Matt Bellamy – Cryosleep LP. The Muse frontman compiles many of the solo recordings he released over the past year.

The Clash – If Music Could Talk 2-LP. This is a 1980 interview album with the band that was originally available as a promotional LP for U.S. radio ahead of the release of their fourth album, Sandinista!

Bob Dylan – “Jokerman” / “I and I” remixes 12-inch single. It features two reggae remixes each of “Jokerman” and “I and I” by Doctor Dread.

Foo Fighters – Hail Satin LP. This tribute to The Bee Gees is billed under The Dee Gees (as in Dave Grohl).

Sammy Hagar & The Circle – “Heavy Metal (Live)” 12-inch picture disc. This is a special live release to celebrate the 40th anniversary of the Heavy Metal soundtrack.

K.Flay – Don’t Judge a Song by Its Cover 12-inch. This features covers of songs by The Offspring, Green Day and Limp Bizkit.

Pearl Jam – Alive 12-inch and cassette. The first single from Ten gets reissued for its 30th anniversary and includes three B-sides.

St Paul & The Broken Bones – Half the City Live LP. This was recorded in the summer of 2020 at Avondale Brewing Company in Birmingham, Alabama.