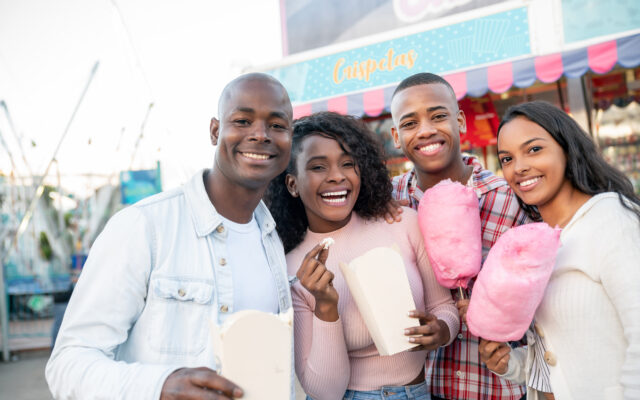 1.  A video of a little kid in Tennessee learning to ride a bike is going viral, because his FRIENDS helped him learn.  His mom looked out the window and saw them running alongside, holding his bike up to make sure he didn’t fall.

3.  We’ve seen a few of these stories this year, and here’s another one:  An 84-year-old named Betty Sandison just earned her degree from the University of Minnesota, where she originally enrolled in 1955.  She left to become a nurse, and did that until she retired in 2013.  She only needed 28 more credits.  So she re-enrolled in 2018, then had to stop when the pandemic hit.  But this month, she finally got her bachelor’s degree.

4.  Speaking of never-too-old:  A 70-year-old guy in Pakistan just broke a world record for crushing the most apples with one hand in 60 seconds.  (???)  He got through 21 of them, beating the old record of 13 apples.

5.  We always make sure you get a dose of good news each day.  Now a lot of KIDS will get that too:  The site Good News Network just partnered with a company that broadcasts news stories on school TVs across the country.  Now kids at 120 schools are getting good news each day.  And they hope to expand to even more schools soon.