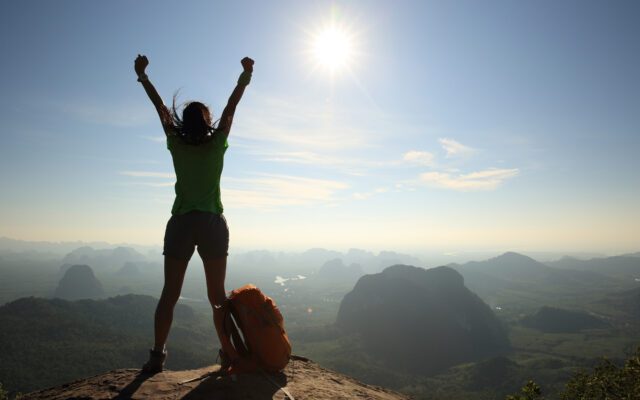 Be sure to click on the bold, underlined text to see pics and videos from the stories below!

1.  A 19-year-old near Boston named Savennah Mendes-Rodrigues was at home studying on Monday when she heard yelling outside.  It turned out a two-year-old had just been pulled from a pool, and he wasn’t breathing.

But luckily, Savennah is CPR certified.  So she did chest compressions until paramedics got there.  The kid made it, and he’s doing fine.

2.  A high school baseball player in Missouri collapsed at practice two weeks ago and didn’t have a pulse.  But his coaches knew CPR and saved him.  His doctors are still trying to figure out what happened, but he returned to school this week.

3.  Two long-lost siblings in Texas reunited after passing each other in the halls of a hospital for years.  Christina Sadberry’s 4-year-old son was getting treatment at a children’s hospital in Fort Worth.  Meanwhile, a guy named Raymond Turner runs a studio there, where sick kids get to sing and record music.

Earlier this year, Raymond’s wife got him a DNA test.  And it showed that Christina . . . who was adopted as a kid . . . happened to be his sister.  The best part is, right around the same time, her son also got a clean bill of health.