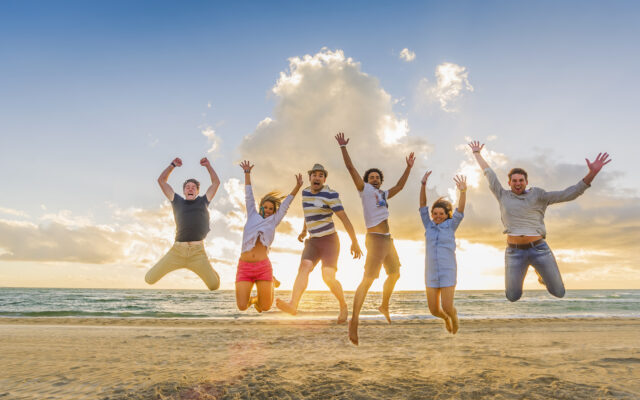 1.  Some spelunkers were exploring Missouri’s second-longest cave on Saturday and found a lost dog that had been missing for two months.  Her name is Abby, and she’s a senior dog.  Once they got her out, they went door-to-door looking for her owner until they found them.  It turned out she went missing on June 9th, and they hadn’t seen her since.  (Here’s a photo.)

2.  A proud mom in Camden, New Jersey bought a billboard ad to let people know her daughter is a doctor now.  It cost $1,250.  She did it to congratulate her, but also to inspire kids in Camden because it’s one of the poorest cities in America.

3.  A 44-year-old runner named Robert Pope raised money for the World Wildlife Fund by becoming the first person to run across Ireland in under 24 hours.  He ran 134 miles from Galway to Dublin in 23 hours and 39 minutes.  And since it’s Ireland, he had a pint of Guinness before AND after the run.