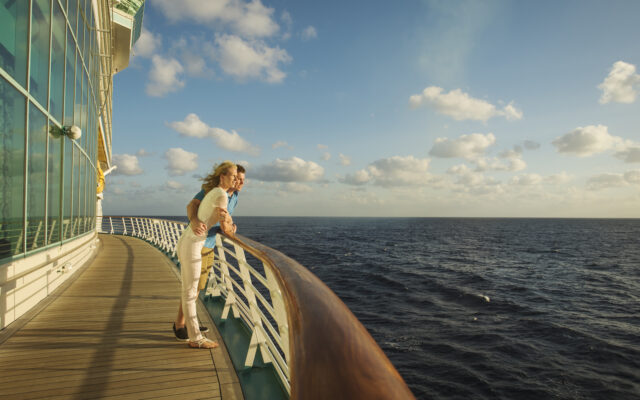 1.  A police officer in Tennessee named Lance Hofmeister helped an 84-year-old woman get to her hair appointment.  Her saw her walking alone along the highway with her walker, and decided to check on her.

She said she had taken a bus, and was trying to make it to a hair appointment, which was still a MILE up the road.  He offered to give her a lift, and they chatted along the way.  She got to the appointment in time to get her perm, and video of the cop’s good deed went viral on TikTok.  (Here’s Lance talking about it.)

2.  Two 60-year-old friends in the U.K. have gotten together every five years for the past 50 years . . . since they were 10 . . . to take photos together in a photo booth.  They just took the ones for the 50th anniversary.  (It’s surprising that they’ve still been able to FIND a photo booth in recent years.)

3.  Scientists have found that the cocoa in dark chocolate can lower blood pressure and protect your heart.

4.  A woman in Ohio ran up to a family’s Ring camera earlier this month to alert them that their garage was ON FIRE.  And all 11 family members got out of the house safely thanks to her.  (Here’s the video.)