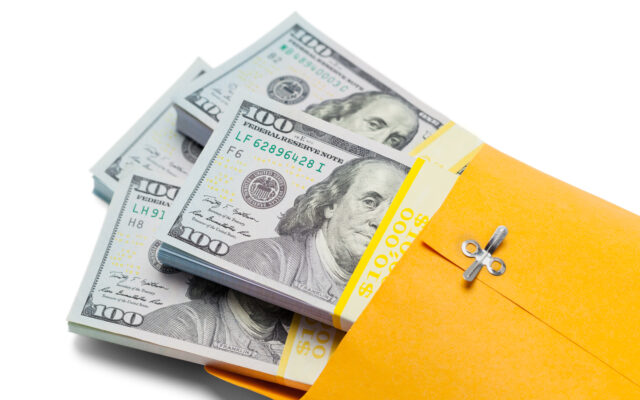 1.  A school bus driver in Italy was going through a tunnel when his bus caught FIRE.  But he got all 25 kids off before the whole bus went up, so everyone survived.

2.  A 78-year-old grandma in New Mexico recently discovered POWERLIFTING.  And now she’s doing it competitively.  Her first event is this Saturday.

3.  The owners of a butcher shop in Michigan were taking an envelope full of cash to the bank last week, but dropped it on the ground outside their store.  And security footage showed someone pick it up and drive off.  So they called the cops.  But then right after they made the call, the guy who found the envelope showed up to return it.

He said he tried to bring it in earlier but they were closed, and he had to go to work.  They ended up thanking him with a gift card and a nice cut of meat.

4.  38-year-old Billie Jo Rose and Bobbie Jo Sullivan are twin sisters from Illinois.  Back when they were seven, Billie had leukemia.  And Bobbie’s bone marrow saved her life.  And now she just helped her sister out again by helping her become a MOM.

Billie also battled breast cancer a few years ago and beat that too.  But all the chemo she’s had made it almost impossible to conceive.  So Bobbie donated her eggs, and Billie now has a healthy, two-month-old baby girl.