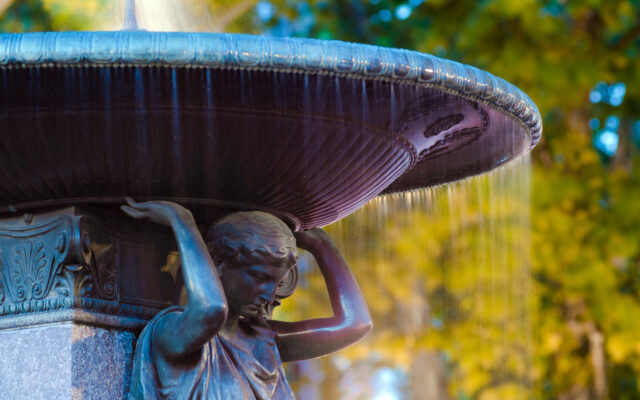 1.  An elementary school in Iowa has been enjoying this all year:  Someone’s been hiding rubber duckies around the school every day since the start of the school year, and no one knows who.

They stopped counting after a while, but say it’s easily over 200 rubber ducks now.  The kids love it, and the teachers are finding ways to incorporate it into their lessons.  For example, if they read enough books, they get to take a picture with the ducks.

2.  Two identical twin brothers from Missouri are in the news, because they BOTH got life-saving heart transplants.  They have a disease called dilated cardiomyopathy.  One had a heart transplant in 2017, and the other just got a new heart last fall.  Both are doing great now.

3.  A small dog fell off a boat near Florida this month, and her owner didn’t realize until it was too late.  She’s a one-year-old corgi named Jessica.  But the good news is she’s okay . . . after swimming SEVEN MILES to get back to shore.

4.  Remember when Jeff Bezos’s ex MacKenzie Scott got all that money in their divorce, and promised to DONATE most of it?  She’s still at it.  She just announced another $4 BILLION in donations, including $281 million to the Boys & Girls Clubs of America . . . $275 million to Planned Parenthood . . . and $436 million to Habitat for Humanity.  She’s now donated over $12 billion since 2019.