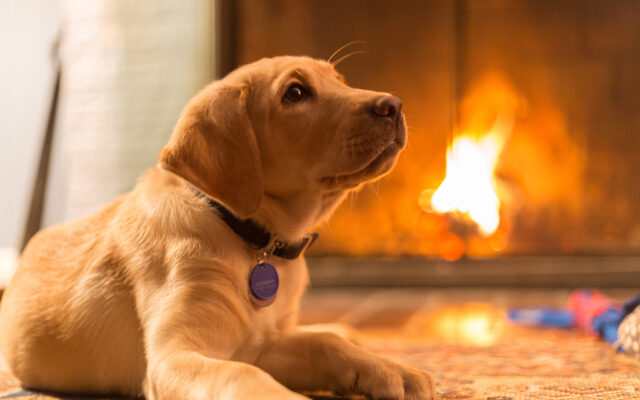 1.  A 28-year-old woman in China went on a second date with a guy last month, and the city they were in got put in lockdown.  So they had to isolate together for a week.  But I guess they enjoyed the extra time together . . . because now they’re ENGAGED.  (Here’s a photo.)

2.  A woman in the U.K. hadn’t seen her lost cat in eight months, but found him when she recognized his meow.  She called her vet to check on her other cat that just had surgery.  Then while she was on the phone, she heard meowing in the background.  She said it sounded familiar, and she was right.  It was her two-year-old cat Barnaby, who’d been brought in a week earlier.  The vet assumed it was just a stray.

3.  In other lost-pet news:  A kid in Houston was sad after his hermit crab named Kizer got loose and disappeared back in October.  But Kizer is back home now after a neighbor found him last week.  He apparently only made it a couple blocks.

4.  And a woman from New York named Jen Costa just got her bulldog Azzurra back FIVE YEARS after she went missing.  Azzurra turned up in Tennessee after her microchip got scanned.  So Jen jumped in her car and drove 1,000 miles to pick her up.

5.  A family in Ohio surprised their grandmother for Christmas by flying in a guy who’s “like a son to her.”  He’s from Haiti, but lives in Florida now and works as a firefighter.  They met after the earthquake in Haiti in 2010.  Her reaction in the video is pretty great.