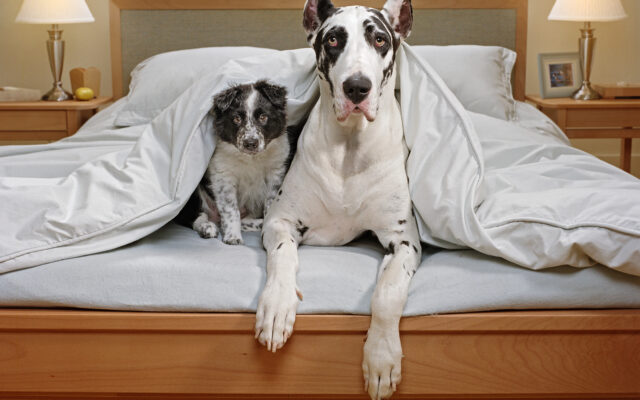 1.  A Dunkin’ Donuts worker with three kids got evicted from her home in Cincinnati.  But then a customer who comes in every day found out, and worked with several groups to get them a new apartment in time for Christmas.  They also furnished it.

2.  A guy in England raised a bunch of money for charity by driving the entire length of the U.K. from top to bottom in the world’s smallest car.  It’s less than four-and-a-half feet long, with a top speed of 23 miles an hour.

3.  A year ago, there was a story about a stray dog that was spotted swimming across the Ohio River from Indiana to Kentucky, which is more than half-a-mile across.  Now a trainer who’s been working with her just adopted the dog on the one-year anniversary.

4.  Have you heard about the plumber who found cash hidden in a bathroom wall of Joel Osteen’s church in Houston?  It’s connected to an alleged theft of $600,000 that happened at the church in 2014, and it’s not clear who put it there.

But the story only broke after the guy talked about it on a radio morning show in Houston.  And there was supposed to be a big reward for finding it.  But Crime Stoppers of Houston initially refused to pay up, because there was a five-year limit on coming forward.

This is awesome though:  The radio station kept ragging on them, so there was backlash on social media.  And now, Crime Stoppers is giving the plumber 20 GRAND.