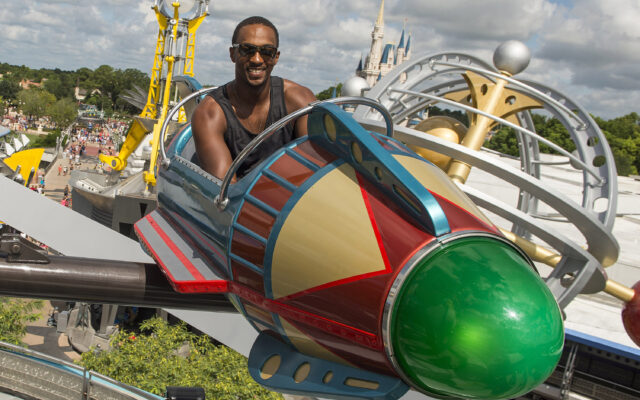 1.  Thanks to the pandemic, an 11-year-old in Chicago named Stevie hadn’t been able to see his best friend Owen, who moved to Missouri a while back.  But Owen recently had a birthday, and said the only thing he wanted was to go back to Chicago for a surprise visit.  And Stevie got pretty emotional as soon as he saw him.  Their parents shared the video on Facebook.

2.  Thailand has had terrible flooding.  So a random guy is helping out by dropping supplies from the air.  He owns a powered paraglider . . . basically a parachute with a big propeller on the back.  He’s been dropping food and supplies for the past week.

3.  A Jack Russell terrier named Macho recently set a world record by running the bases at Dodger Stadium in just over 21 seconds.  He had to do it by himself, without his human.  They rewarded him at the end by letting him pop a balloon, which he loves apparently.

4.  Disney World turns 50 tomorrow.  It opened on October 1st, 1971.  And “The New York Post” just did a story on the ORIGINAL employees who still work there.  Two dozen people who were there on opening day are still working at the park.  (Disneyland opened 16 years earlier in 1955.)