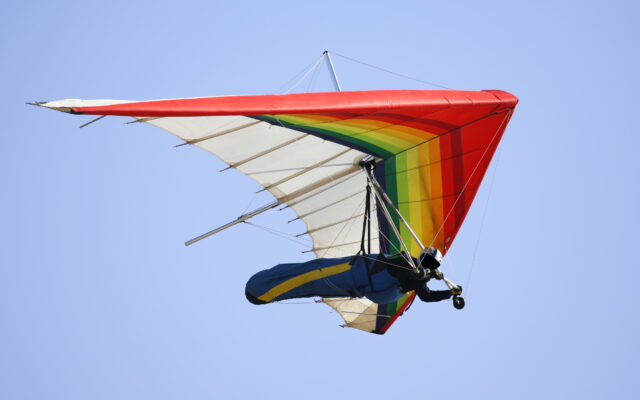 1.  A family’s lost cat was rescued from a set of subway tracks in Philadelphia on Sunday, and it’s all thanks to the World Series.  The cat’s name is Edgar.  He escaped from his owner’s carrier while they were on a subway platform.

Because of the World Series, there were more transit workers on duty.  So they started a massive search . . . one of the extra workers spotted the cat . . . and he’s now back home safe and sound.

2.  An older lady in Florida drove off the road on Sunday, plunged into a canal, and could have drowned.  But a paraglider saw it happen and helped save her.  (Technically he was “paramotoring” with a big fan on his back.)

He had a GoPro on, so it’s all on video.  He and a friend landed in a nearby field, and found someone on the other side of the canal to throw her a rope.

Once she was out, they called 911.  Paramedics got her to a hospital, where doctors treated her for minor injuries.  (Here’s the video.)

3.  A mom in Maryland posted a video of kids at her son’s preschool being super-sweet to him.  His twin brother has been in the hospital, and he’d just gone to visit.

As soon as he showed up to school, all the other kids jumped up to go give him a big hug.  His mom says she can’t wait to see what they do when his brother returns.