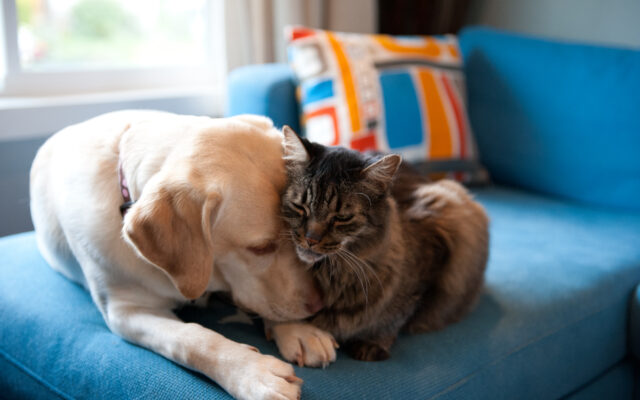 1.  The Coast Guard rescued three guys off the coast of Louisiana on Sunday, and just in the nick of time.  Their boat sank Saturday morning, and they’d been bobbing up and down in the water in life jackets for a day.

It was just in time, because they were actively being attacked by SHARKS when the Coast Guard showed up.  Two of them suffered bites on their hands, but they all survived.  (Here’s the rescue footage, but you can’t see the sharks.)

2.  An 18-year-old horse named Mongo is back home after running away and spending the last eight years living with wild mustangs in Utah.  The owner says Mongo hasn’t changed and had no problem being saddled up.  He’s just thin.

3.  A Facebook group called “DNA Detectives” helped a 33-year-old Pittsburgh woman find her birth father.  He had no idea she existed, or that he had two grandkids.  They met up two weeks ago and will spend Thanksgiving together.

4.  If you’re a cat person and need a pick-me-up, check out Purrli.com.  It plays nothing but cat-purring sounds to help you relax, and you can dial it in.  So maybe you’re in the mood for a sleepy cat purr, or one with meows mixed in.